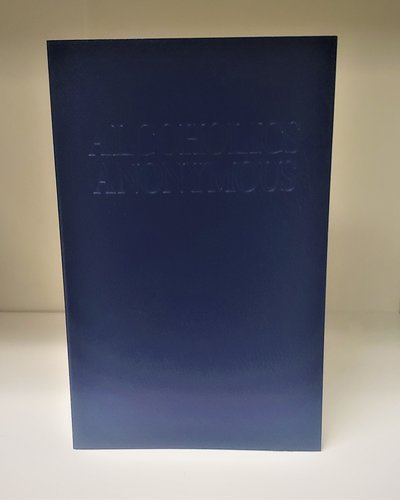 Known as the "Big Book," the basic text of Alcoholics Anonymous has helped millions of people recover from alcoholism since the first edition appeared in 1939. Chapters describing the A.A. recovery program — the original Twelve Steps — and the personal histories of A.A.'s co-founders remain unchanged since the original, while new stories have been added to the personal histories with each edition.
Fourth Edition (2001).