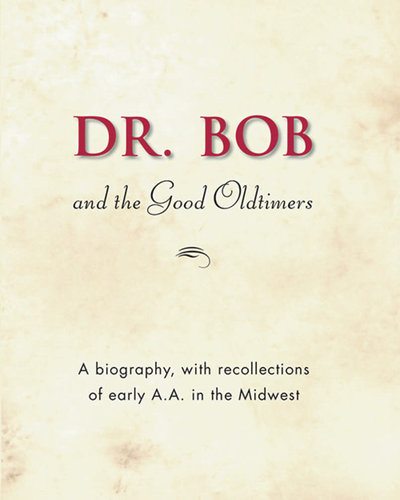 This Book Gives A Portrait Of Dr. Bob As Full-Scale And Balanced As Possible-For The Most Part, In The Words Of Those Who Knew Him Personally. The Youngster Who Grew Up In Vermont Of The Late 19th Century Became A Hard-Drinking College Boy, Then A Medical Student Fighting The Onset Of His Own Alcoholism A Respected Physician, A Loving But Increasingly Unreliable Family Man, And At Last A Desperately Ill Drunk, Without Hope Until He Met A Stockbroker From New York-Bill W., Who Urgently Needed A Fellow Alcoholic To Help Him Maintain His Own Sobriety.

Filled with interviews with friends and family, this is a deeply researched biography of A.A. co-founder Dr. Bob S.